Paul Silvio was a 6 year Missouri Wolverines and a starter on every level of the organization. Paul played running back as a 3rd & 4th Grader however transitioned to a wide-receiver later in his career.  A consistent dependable defensive player, Paul was always a coaches favorite on every level. Hard worker and extremely coachable.  As an 8th Grader, Paul was the main receiver for 7th & 8th Grade team that made in all the way to the Championship Game.

After the Missouri Wolverines, Paul went on to attend Liberty North High School. Paul became one of the best wide receivers in the Kansas City Area and a two-year starter for the Eagles.

The Missouri Wolverines are honored to include Paul Silvio on our All-Time Football list. 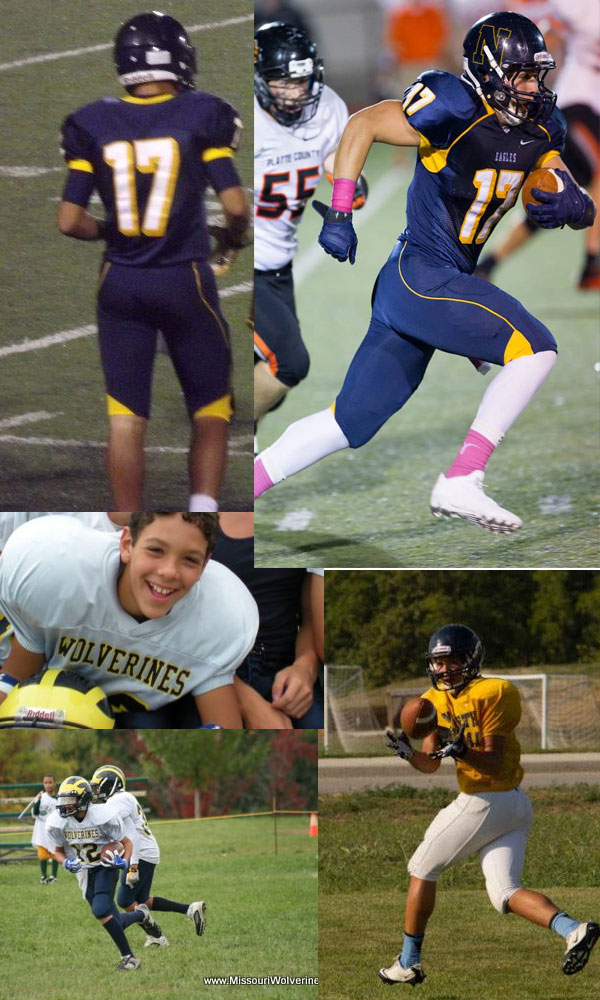