There is no player more fitting for this list than Rico Morgan... the only two-time 7th & 8th Grade MVP in the Missouri Wolverines history.

Rico Morgan played his 7th & 8th Grade Youth Football for the Missouri Wolverines in 1999 and 2000.  The Wolverines back then were just starting to grow as an organization and Rico was heads and tails above any other athlete in the program.

Rico was the only player in the Missouri Wolverines history to have his own chant, the entire organization would chant "Rico, Rico, Rico" ... pretty cool for one of the most soft spoken kids we have ever had play for us. Known for having to drink strawberry milk before games... Rico became the first of only a few players to ever Pass, Catch and Run for a touchdown in the same game of which he did at least 3 times in games over his career. Rico also was an exceptional Kick-Off Return and Punt Return player.

The Missouri Wolverines are honored to include Rico Morgan as one of our All-Time Football Players. 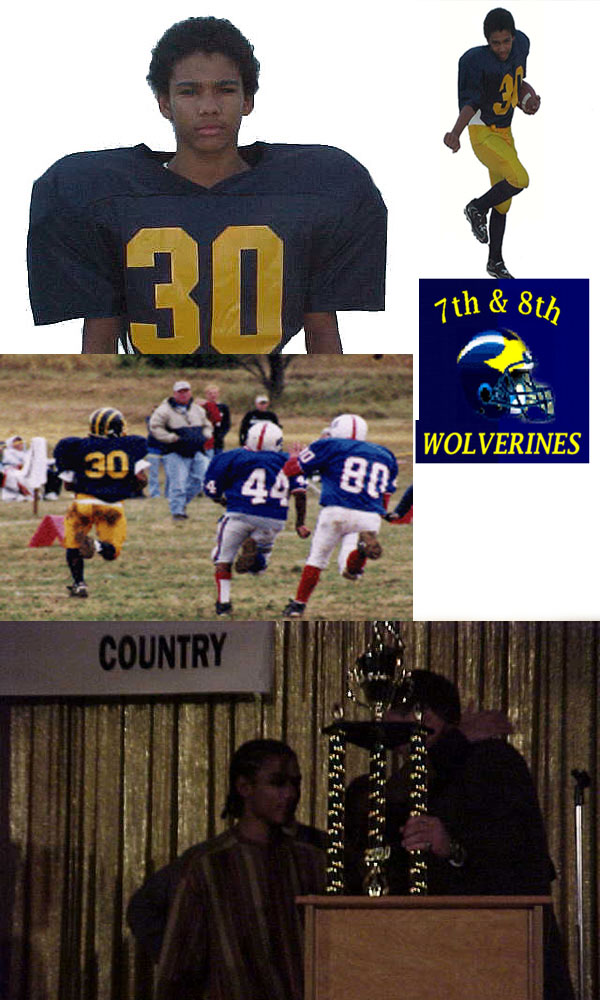