Zack became the first ever 9 Year Missouri Wolverine playing on every single team we have ever had in our organization including our original flag teams Flag Yellow, Flag White, Flag Blue. Zack played Quarterback and was also an outstanding defensive Linebacker for the Missouri Wolverines. 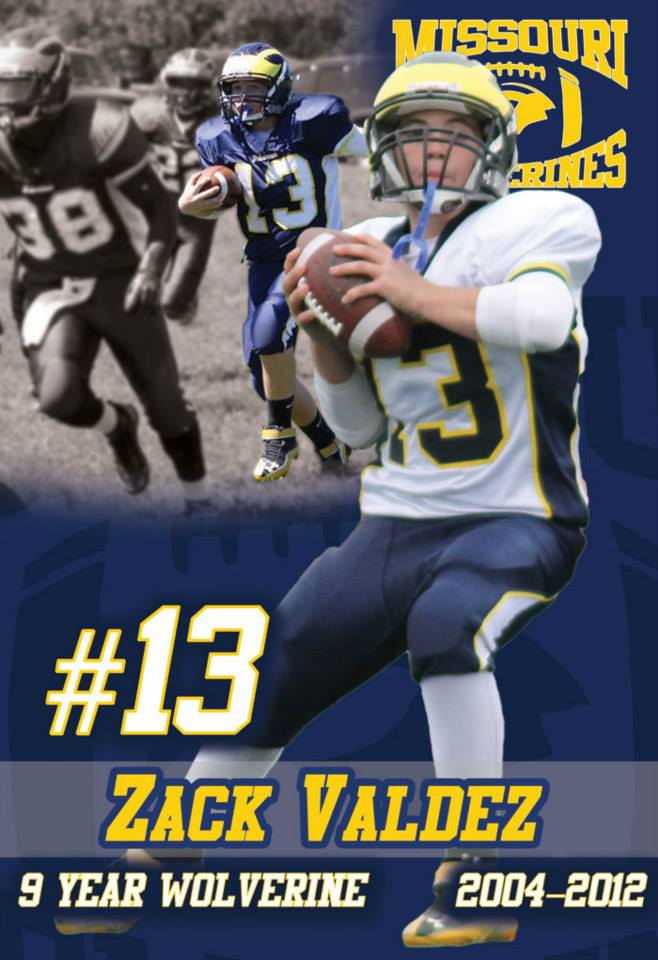