Aaron Mends joined the Missouri Wolverines as a 7th Grader in 2008 where he literally rode his bicycle to Pleasant Valley Park and approached the coaches and asked if he could play football.  He had never played before but everyone could see that he was an exceptional talent just needed some coaching.

As an 8th Grader, Aaron started on both the offensive and defensive line. Aaron became a force on the defensive line helping lead the Missouri Wolverines to their 2nd Championship Game appearance in organizational history.

After the Wolverines, Aaron went on to attend Winnetonka High School where he played Running Back and Linebacker for the Griffins.

His senior year, Aaron received All-State, All-District, All-Conference, All-Metro Honors for his linebacker play on the defensive side of the ball.  Aaron was also awarded the Mr.Griffin Award for the most outstanding football player at Winnetonka High School at the team's annual banquet.

Aaron became the 3rd Missouri Wolverine to play Division I Football earning a scholarship to the University of Iowa.

It is the Missouri Wolverines honor to include Aaron Mends on our All-Time Football list. 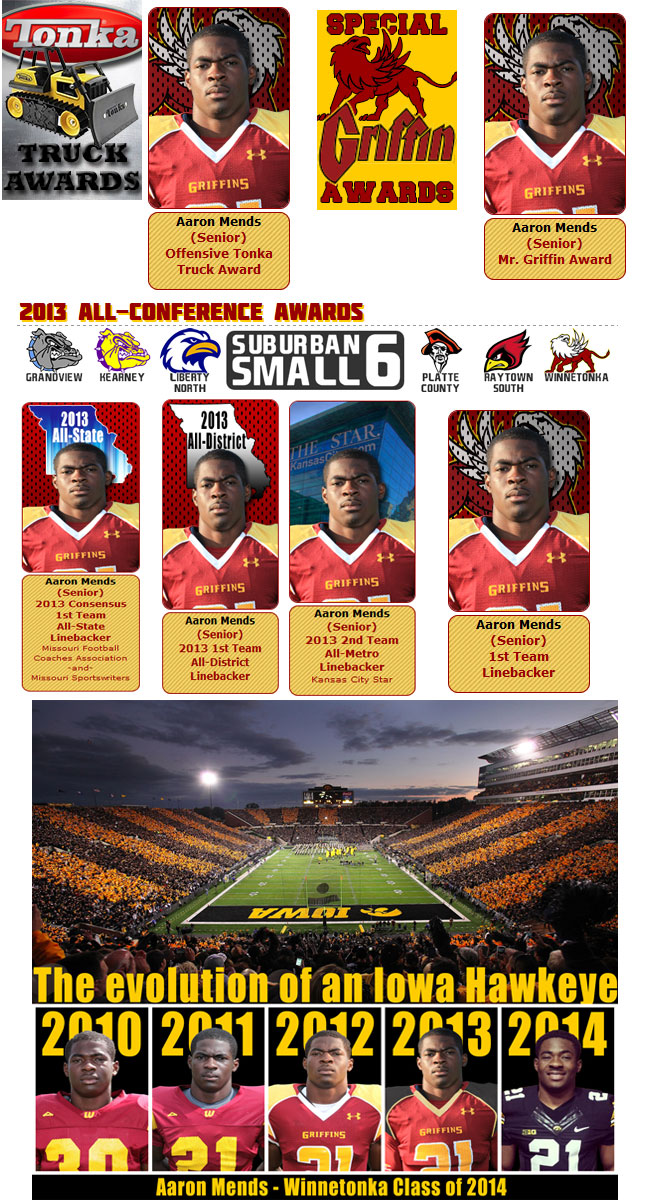