2016: Brinkley Jolly joined the offensive line as a starter against Boise State. He appeared in seven games last season, as he started all seven.
2015: Jolly appeared in one contest during the season playing against UNLV in the season finale. Made the transition from a high school tight end to offensive tackle at UW.

High School: Jolly was one of the top dual-sport athletes in the state of Missouri during his high school career at Liberty North High School in Liberty, Mo., outside Kansas City. As a tight end, Jolly earned Second Team All-State Class 4 honors in voting by the Missouri Sportswriters and Sportscasters his senior season, and was Third Team All-State Class 4 as selected by the Missouri Football Coaches Association (MFCA). He also earned Class 4 All-District 8 as a tight end from the MFCA in 2013. As a junior, Jolly earned First Team All-State Class 4 honors in basketball in voting by the Missouri Basketball Coaches Association, averaging 13.7 points and 5.7 rebounds per game. In 2013, Jolly caught 13 passes for 110 yards and scored one receiving touchdown. Over his three-year varsity career, Jolly had 38 receptions for 394 yards and scored six receiving TDs. He also played defensive end for Liberty North and was credited with 21 tackles, five tackles for loss, 2.5 sacks and forced one fumble his senior season. He led Liberty North to the 2013 state semifinals of the Class 4 state football playoffs before losing 14-26 to Helias High. The Eagles posted a 9-5 record on the season. As a sophomore, his Liberty North football squad posted a 6-5 record and advanced to the second round of the state playoffs. He became the first basketball player in Liberty North school history to score 1,000 points for his career. He helped lead Liberty North to the final four of the Missouri State Basketball Class 4 Championships both his sophomore and junior seasons. His junior season, Jolly’s Liberty North team posted a 22-7 record and advanced to the State Semifinals before losing a one-point, 38-39, game to eventual State Champion Republic High. As a sophomore, his Liberty North team recorded a 19-7 record and also advanced to the state semifinals before losing to eventual state champs Soldan International Studies High. He played for head football coach Ken Clemens and head basketball coach Chris McCabe at Liberty North. Jolly also had recruiting interest from Illinois, Iowa, Iowa State and Tulsa. His cousin is 10-year NFL veteran defensive lineman Kevin Williams of the Minnesota Vikings. 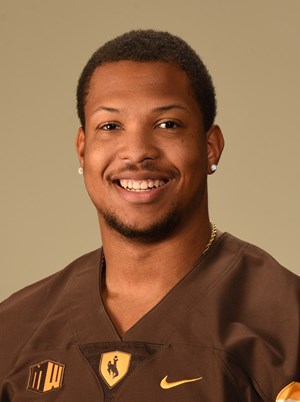