Unfortunately Max's family moved to Montana at the end of his 7th Grade year however Max's significance and contributions were still significant enough to include him on this list.

Former 7th & 8th Grade Head Coach Jim Tuso still speaks of Max being one of a handful of offensive lineman to be able to pull effectively back when the organization was just starting.

Max ended up having an exceptional career in high school in Montana and walked on to play football at Mizzou. His junior year he earned a scholarship and became a starter his junior and senior years at Left Guard.

Article in the Kansas City Star at Max Copeland 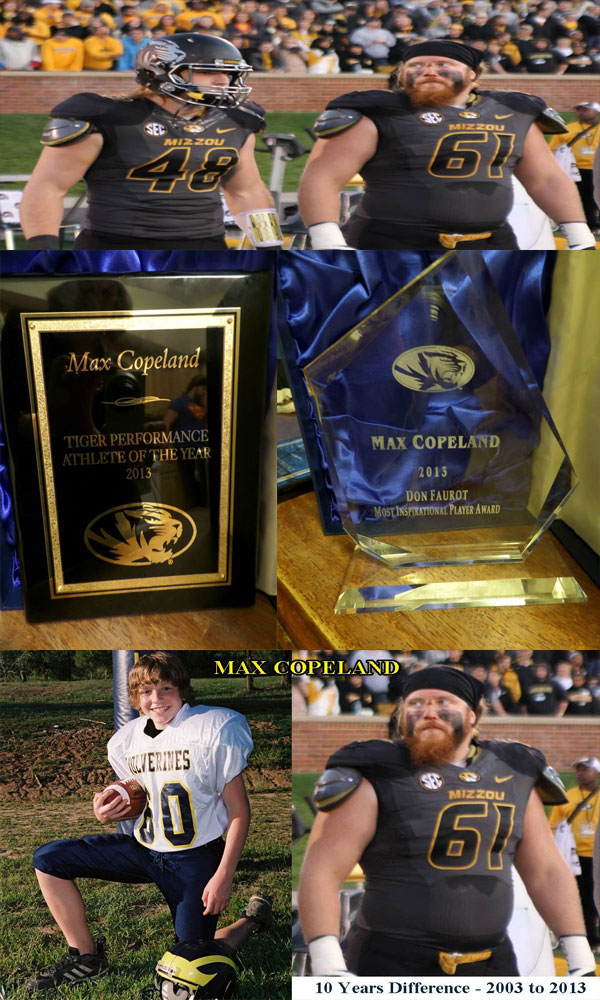